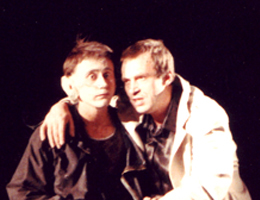 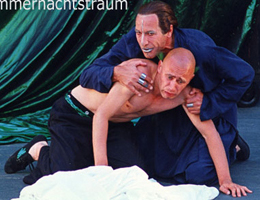 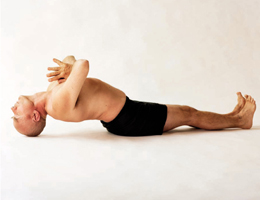 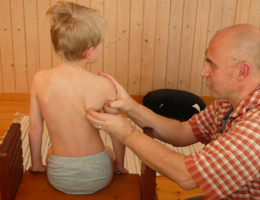 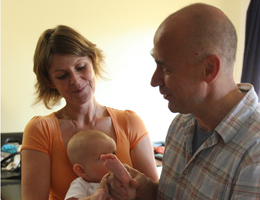 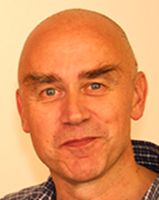 He has lived in the Czech Republic, England, Germany, Switzerland and California, and currently resides in Feldmeilen near Zurich (Switzerland).

Before being trained in Structural Integration by Peter Melchior and Emmett Hutchins, two of Ida Rolf's very first students, he worked as a professional actor for many theaters in Europe and was responsible for the physical training of his colleagues. Photos in the image-bar at the top of this page show him as Puck in two different productions of Shakespeare's Midsummernight's Dream.

The spiritual background he comes from is that of Zen-Buddhism. Aleš received the ordination of a Zen-Boddhisatva in the French Temple of 'La Gendronnière'.

He has been practicing and teaching HathaYoga for 20 years and regularly teaches anatomy-workshops for both Yoga teacher trainings as well as on an individual basis for interested groups of therapists, dancers and other movement interested individuals.

Working with Dr. Rolf's principles in the traditional Asanas, Aleš gradually developed a unique teaching style and named it "RolfYoga"

Aleš currently works in private practice in Feldmeilen (Meilen) near the swiss town of Zurich, where he also lives together with his wife Lea and his son Yannick. 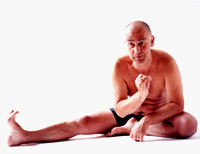